In a freak acci’dent, two persons were kil’led and ten others in’jured and several vehicles damaged after BMTC bus had a brake failure and rammed into two bikes and auto-rickshaw at Kottigepalya bus stop on Monday morning.

A senior police officer said that The BMTC bus was coming from Sunkadakatte towards Kottigepalya and when it is about to reach Kottigepalya it had a brake failure and driver lost control over the bike and rammed to several vehicles including two bikes going in front of the bus. Two people die’d on the spot and ten others were in’ured. Kamakshipalya police rushed to the spot and shifted the inju’red to a nearby hos’pital.

Police arre’sted the driver Venkatesh att’acked to depot number 35 and during the interrogation, he alle’gedly said that he has been complaining about the bad condition of the bus at his depot manager but they turned dea’f ear and asked him to take the bus and even on Monday he had mentioned in the diary about the condition of the bus. The vehicle users demanded action against the BMTC officials for their negligence. 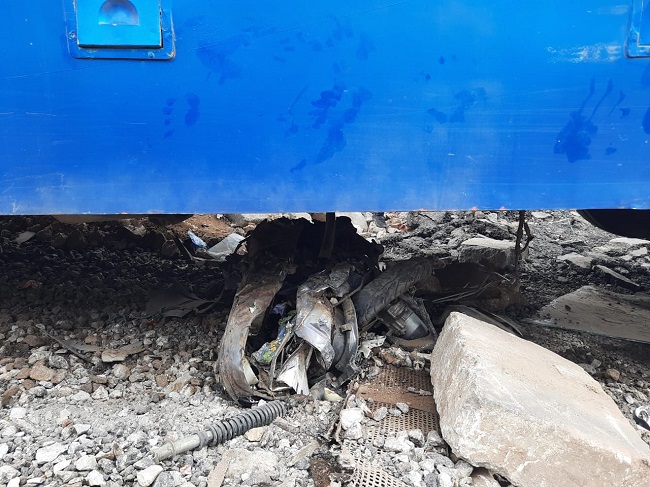 Hours later, BMTC issued a release stating that a technical team of the corporation will inspect the bus to find out the reason for the acci’dent.

Amid reports that the bus was allowed to be operated despite the driver raising a red flag over its safety, the BMTC said the manager of the depot and the assistant work superintendent have been suspended pending an inquiry.

“The ex-gratia amount of Rs 25,000 will be given to the dependents of each fatal person for the cremation expenses. The expenditure of the inju’red persons will be borne by the BMTC,” the corporation said.